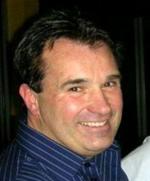 Lou opened L&J Texaco in Stoughton MA in February of 1985 after five years as a Master line technician with Berejik Oldsmobile in Needham, MA. In 1987, Lou and his brother in law Tony moved to Dedham, MA and opened Restoration City Automotive. Restoring and selling classic muscle cars as well as general repairs, it soon became necessary for more space. In late 1988 the business was moved to a 3000 square foot facility next to its original location and Automotive Service Plus Inc. was born. With nine employees led by Lou and Tony, they soon out grew the expansion and decided to seek more room for their used car sales. In 2004 the used car portion of the operations was moved to 215 Milton St in Dedham. Currently in the same two locations, Lou manages the sales, Detail and Finance departments, while Tony Manages the repair facility. 2007 MIADA Quality Dealer of the year. Lou was the president of the Massachusetts Independent Dealers Association from 2007-2009. President of the New England Independent Dealers Association 2010-2011. Currently the Chairman of the Board for NEIADA as well as Corporate Secretary for the National Independent Automobile Dealers Association (NIADA).
Lou is most proud of his accomplishments as a volunteer coach with Dedham Little League for the past 14 years. With three sons going through the system, Lou has coached in Minors, Majors and Babe Ruth. It's all about the kids, winning is great, but it is about sportsmanship and learning how to loose and keeping your emotions in check. These kids are going to lose more in life than they are going to win. They need to know how to fall off the horse, brush themselves off and get right back on again.

ASPI Motor Cars has the best used cars that Dedham MA has to offer. If you are looking for a slightly used, Pre-Owned automobile then you have come to the right place. Here at ASPI Motor Cars we offer - Buy Here Pay Here (BHPH) auto financing to consumers in Dedham MA with bruised, damaged or just plain bad credit. Traditionally the type of  used vehicles that other companies offer for  - Buy Here Pay Here - consumers are high mileage late model inventory, but we offer the best used cars, trucks, vans, SUVs & sedans in  Dedham MA and all of Norfolk County MA. At ASPI Motor Cars, it doesnt matter what you credit looks like. If you have: bad credit, divorce, or even repossessions dont worry. At ASPI Motor Cars we understand your situation and we can get you approved for the car, truck, van, SUV or sedan of your dreams today! If you need an auto loan in Dedham MA, wither you are a first time Car buyer in Dedham MA with baby credit or have things on your credit report that are holding you back from your automotive dreams then see then come on down to see ASPI Motor Cars today. The best Buy Here Pay Here (BHPH) dealership in all of Dedham MA! Come make your used car buying dreams a reality today! A.S.P.I. Motor Cars is a used car dealer in Dedham Massachusetts.  We carry a great selection of quality Dedham used cars for sale, as well as used trucks, vans, SUVs and crossover vehicles. If you are in the market for a pre-owned automobile we are here to help you find it. Call today or apply online now for quick and easy Dedham auto financing. A.S.P.I Motor Cars is located at 215 Milton Street, Dedham MA 02026.